Erdogan runs roughshod over human rights: He does not deserve the Steiger Award! 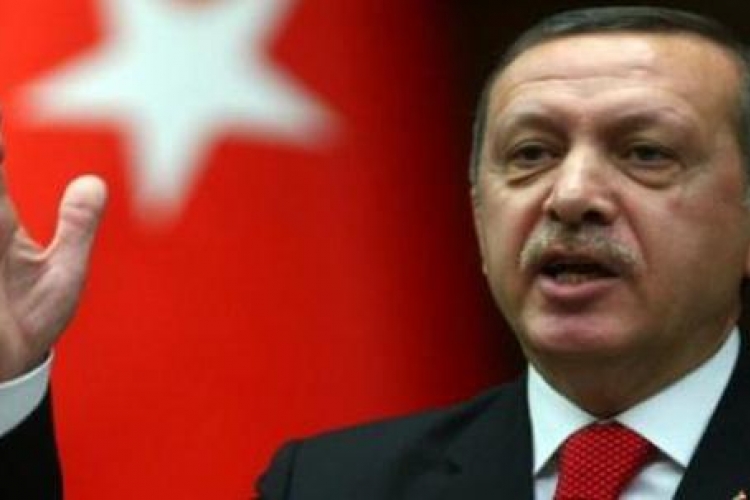 Open letter to the Mayor of Bochum

Presentation of the eighth annual Steiger Award is scheduled for March 17, 2012. This international award is intended to honor one who has shown remarkable straightforwardness, openness, humanity and tolerance.

You have chosen to bestow this award on Prime Minister Recep Tayyip Erdogan of Turkey. In the name of the Society for Threatened Peoples (STP), I urge you to reconsider this decision. To accord Erdogan this honor although he is responsible for massive human rights violations in Turkey is not only a slap in the face for the victims of arbitrary imprisonment and torture in Turkey, it also tarnishes the reputation of this award.

There has been a steady wave of arrests in Turkey since 2009, primarily targeting Kurdish journalists, politicians, human rights activists and opposition members. There are currently 103 journalists, 13 members and leaders of the Turkish human rights organization IHD, 52 leaders of the KESK trade union, and thousands of members of the democratic Kurdish party, BDP, awaiting trial. In spite of the complete lack of evidence, they are accused either of belonging to the banned Kurdish Workers' Party (PKK) or of denigrating the Turkish people.

The anti-terror law provides the Turkish government with a foundation for massive restrictions on freedom of the press. Pro-Kurdish statements made in public, including those made at peaceful demonstrations organized by the opposition party, are frequently the entire basis for arrests.

In recent days it has also come to light that from 2006 to 2010, more than 4000 Kurdish youths were sentenced. These twelve- to seventeen-year-olds were accused of expressing pro-Kurdish sentiments or throwing stones at a demonstration. The children who have been released describe torture and abuses. Thousands of children and youths, however, are still being held as "terrorists" in Turkish prisons. They are often without protection of any kind, at the mercy of judicial authorities and adult fellow prisoners. The authorities have been aware of this situation since 2011, but have done nothing.

In spite of Erdogan's announced intention to continue emphatically advocating for equal rights and for the protection of everyone living in Turkey regardless of ethnicity, Muslim and Yazidi Kurds as well as Christian Assyro-Aramaeans still suffer direct and indirect discrimination, persecution and violence.

The Steiger Award should be an acknowledgment of extraordinary service and dedication. It sends a signal, and confers recognition. A government leader who uses an anti-terror law to legitimize grave human rights abuses should not be encouraged to continue running roughshod over the basic rights of citizens in the country he governs.

The Society for Threatened Peoples appeals to you to initiate an independent and critical review of the conditions for nomination. The actions of the Netzwerk Quadriga gGmbH board in 2001, when they chose to retract their decision to present the Quadriga Award to Russian Prime Minister Vladimir Putin, may serve as a valuable example.