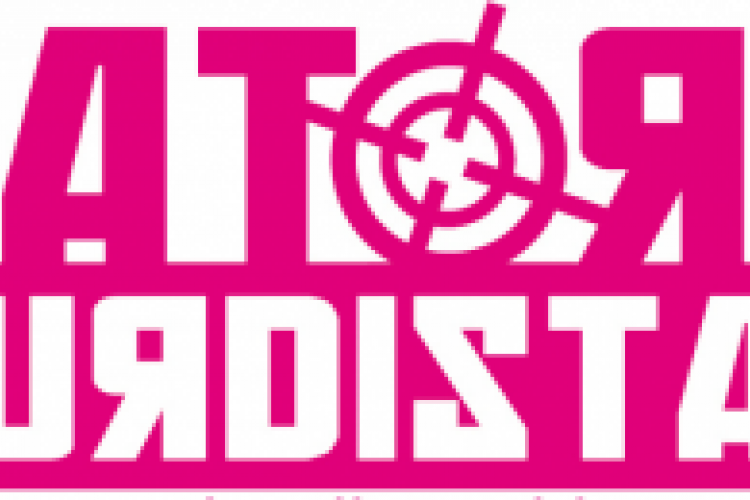 Welcome to the 7th London Kurdish Film Festival. As many of you know, we have been running this festival since 2001 and we are delighted again to bring you an exceptionally strong programme from around the world. This year’s programme includes 18 feature films, 30 documentaries and 55 short films, 20 of which will be competing in the 3rd Yılmaz Güney Short Film Competition.

We are extremely excited to have the brand new Picturehouse Hackney as the main venue for our festival which is providing digital technology to showcase Kurdish films in digital format for the first time. Picturehouse Hackney will be the venue for all screenings between 17-24 November, though we hope this is just the beginning of a long friendship! We are also very excited to have the final three days of the festival in a stunning art venue, Westbourne Studios in West London.

This year’s festival includes 18 features films, 16 of which were made by directors of Kurdish origin. We are pleased to announce that 13 of these feature films are premiering in the UK at this festival, while the festival will the world premiere of another film, NOW HERE.

Kurdish director Hiner Saleem has participated in every festival we have held since 2001 and he continues to be a great friend and supporter of our work. This year, we are delighted to have his latest feature film IF YOU DIE, I WILL KILL YOU as the opening gala film. Hiner and cast members will be our guests throughout the festival.

Kurds in Turkey started printing newspapers, first weekly and later daily, to confront the state-controlled disinformation campaign about events taking place. Many of the heinous crimes committed by Turkish state agents against the Kurdish population have been uncovered in this way by brave journalists and Kurdish media outlets.

The film PRESS, by Sedat Yılmaz, is about a journalist working in the Amed (Diyarbakır) office of the Özgür Gündem newspaper. We are honoured to be screening the UK premiere of this film, which will also be attended by director Sedat Yılmaz and actor Aram Dildar.

LOST FREEDOM, by Umur Hozatlı, and WENDA (MISSING), a non budget film made by three young directors Abdullah Yaşa, Ali Kemal Çınar and M.Sait Korkut, are also first features and their stories are related to the atrocities of JİTEM in the 1990s.

We have five feature films from South Kurdistan (Iraq), all supported by different cinema branches in the Kurdistan Regional Government. Entries from South Kurdistan include KICK OFF by Shawkat Amin Korki, MANDOO by Ebrahim Saeedi, THE NIGHT OF JUDGEMENT by Hussain Sewdin, QANDIL MOUNTAINS by Taha Karimi and THE QUARTER OF SCARECROWS by Hassan Ali. We are extremely happy to have all these powerful films in our programme and would like to thank the KRG Ministry of Culture Cinema Departments for making this possible.

We are also very happy to have three feature films from East Kurdistan (Iran), THEY LIKE NOBODY, EYE and SUNLIGHT BEHIND THE SNOW. This year’s programme also includes EXILE IN PARIS by Zirek, TANGLED UP IN BLUE by Haider Rashid and FLOWERS OF KIRKUK by Fariborz Kamkari, all made by Europe based Kurdish Directors. We are delighted that all three directors will be joining us for the festival.

The young Kurdish director Shiar Abdi’s first feature film MEŞ (WALKING) hit the headlines in Turkey when it was shown at Antalya’s International Golden Orange Film Festival. Following the screening, nationalist audience members criticized the scene where the main actor slaps a Turkish Army Officer, protesting that such things should never be displayed, even in a film. Director Shiar Abdi will be with us for the screening of his films.

What makes us especially happy this year is to have a film in our programme from our former committee member Haco Cheko. Haco worked for the festival over the years and this year he has completed his first feature length docu-fiction LI VIR (NOW HERE) on a very modest budget. We are thrilled to host the world premiere of his film at the festival this year and we wish him all the best in his new journey with this film and all his future endeavours.

In our last festival, we showed the first part of Azad Kerkuki’s documentary FREEDOM SEEKING KURDS which covered the Kurdish national liberation movement in South Kurdistan. This year we will be showing the second part of his documentary and Azad will be with us during the festival. Sweden-based Zanyar Adami’s THE GUERILLA SON, which is based on his life story is another fantastic film this year.

Documentaries from East Kurdistan have further enriched our programme. This group includes Sattar Chamani Gol’s THE NECTAR OF STONES and Hooshang Mirzae’s I DANCE WITH GOD.

This year we are hosting our 3rd Short Film Competition named after the legendary Kurdish director Yılmaz Güney. Competition is limited 20 films although we have received almost one hundred films for the competition the Pre-Selection Committee undertook a massive task to narrow the contenders down. The 20 films selected will be shown in three programmes and awards will be given to the top film in each category on the 24th of November at an award ceremony at Picturehouse Hackney. We also scheduled 35 other short films outside the competition under Shorts from UK, Diaspora, South Kurdistan, East Kurdistan and Northern Kurdistan. The director Mehyadin Reza from South Kurdistan passed away sadly soon after he has submitted his film to our festival. His film SPIDER’S WEB will be screened in our Shorts from the South Kurdistan Programme in his memory.

We would like to thank everyone who has contributed to our festival this year. In particular, we would like to thank each of the filmmakers who generously submitted their films to our festival; the Pre-Selection Committee members who undertook to shortlist entries; jury members who agreed to take part in selecting award winners; volunteers who patiently carried out their work under difficult circumstances; all our representatives in North, South and East Kurdistan, and all our sponsors for their valuable contributions and critical support to the festival. We would not be able to organise this festival without their support.

Specifically, without the support of the Westway Trust, Pop Up Cinema in Portobello, the Kurdish Exile Association (KEA), the Kurdish Community Centre (KCC) and the Halkevi, Kurdish and Turkish Community Centres we would not been able to shortlist films from all entries. We would like to thank everybody from these organisations for making this work much more manageable and successful!

We are also very grateful for Clare Binns (Programming & Acquisitions Director at City Screen, Picturehouse) and her Executive Assistant Micallar Walker, as well as Darren Jones (Manager of Picturehouse Hackney) for his endless patience and encouragement during our preparations. We also would like to thank our Kurdish translator Celil Kaya, Aura Publishing, our friends Ruby Chorbajian and Helen Sheehan for their editorial support and Cemil Gönül and Peshraw Namo who has worked day and night with us to prepare design for the festival programme on time.

It will never be enough, but we will try to thank again with our words the two brilliant Kurdish artists whom we now consider as team members. They are Alan Dilan, who created our festival trailer again this year and also Kardo Ayoub, the Kurdish designer who designed our poster and website. We are greatly in debt to them for their contributions. Thank you!

We very much hope you will enjoy the festival this year. Let’s repeat all together in Kurdish that “Sînema bi Kurdî Xweşe! (Cinema in Kurdish is nice)