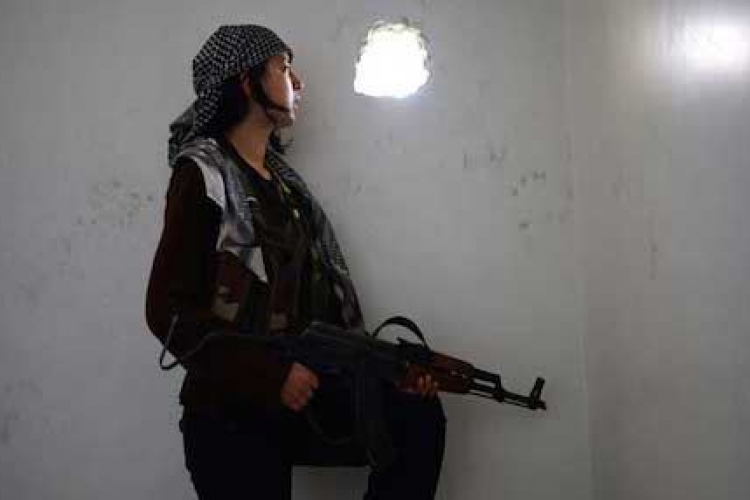 Sipan Hemo is the commander-in-chief of the People’s Protection Units (YPG), perhaps the most organized fighting force in Syria. Based in predominantly Kurdish areas, which are known as Rojava, the YPG has fought Islamic groups for two years and is controlling security for the region.

In a wide-ranging interview, Hemo addressed the state of the current conflict in Syria and the rise of Islamic extremist militias in Iraq and Syria, which he claims is intertwined with global powers. Hemo also makes the case why YPG and the Kurds should receive US funding.

Rudaw: Mr. Hemo, the Islamic State in Iraq and Syria (ISIS), which you have fought for a long time, has received a lot of international attention since they took Mosul. What are your thoughts on ISIS as an organization and its attacks in Iraq?

Sipan Hemo: To understand the latest attacks by ISIS in Iraq, you have to understand the background as well. ISIS was shaped by some powers about a year and a half ago to carry out their plans in Syria. ISIS isn’t a random Al-Qaeda organization. We have intelligence on them. There are documents that we acquired. There are also the statements taken from members we captured. When we put all these pieces together, we reached to the conclusion that ISIS was directed under the command of some intelligence services and their agents to implement the policies of certain states in Syria. The most recent developments, as well as what occurred earlier, prove that our theory is correct.

A city like Mosul or some other cities in Iraq aren’t the types of places that a group can take overnight. It’s clear there have been preparations underway for a long time. There are various forces behind these preparations and behind those who launched these attacks. It’s impossible for a city like Mosul to fall under a group’s control without the intelligence apparatuses of international powers knowing it’s happening. Thousands of armed people get together, transfer their heavy artillery and move forward to attack a city like Mosul. It’s illogical that no one was aware of this. Mosul and Kirkuk constitute only one part of these attacks. These are attempts to divide the region in a different way. These are attempts to turn people, cultures, societies, beliefs and groups against each other. These are the attempts to drag the Middle East into a civil war — to have fighting and to create a quagmire. This will serve the interests of international powers, beginning with the arms trade.

We, as YPG, fought in battles with Peshmerga (Kurdish forces) against ISIS gangs in the town of Rabia (on the Syrian-Iraqi border) and in some places near Shangal (Iraq). It doesn’t matter whether it’s Rojava, Mosul or Kirkuk: if required, we YPG, are prepared to use our experience and abilities with our people in the south to fight along the same front against these gangs — this so-called ISIS — to protect our land and victories.

Returning to the subject of ISIS, what seems clear from their actions on the ground is that this organization is at the service of several intelligence agencies and it acts in accordance with their interests. Specifically, there are some western countries — along with the Turkish state on one side and Iran, Iraq and Syria on the other — that have their own plans and calculations over ISIS. In a way, ISIS was merely turning itself into a stick made of fire and everybody was willing to use this stick against one another. They were taking steps in this direction. In other words, these intelligence services have attempted to use this cruel, terrorist structure — created by those who don’t know anything about humanity, leave alone civil law — against one another and against the people in the region.

Rudaw: Is it possible that the ISIS is also using some of the states that support them?

Sipan Hemo: Of course! By standing out with its shrewdness, ISIS has taken advantage of the intelligence services of these countries in a very cunning way in order to establish its own rule all around the region. For example, it’s been almost two years since ISIS began atrociously attacking the Kurds in Rojava. Why has ISIS been attacking or has been made to attack the Kurds? This is because ISIS knew very well that only when it was done attacking the Kurds it could have binding ties with the Turkish intelligence service. And indeed it happened this way because through our fight against them on the ground, we could uncover their true intentions. When they fought us, ISIS was using Turkey’s borders without the objecting of Turkish army and authorities; they were treating all of their wounded militants in Turkish hospitals. Some may say this is an allegation. However, we have official documents in our hands backing what I am saying. One of the ISIS commanders in our captivity said he was treated at Ceylanpinar Public Hospital for nine days.

In reality, if it weren’t for the YPG and the Kurdish people’s struggle against ISIS over the last two years, ISIS would have done the same in northern Syria as what it’s done in Iraq the past few (weeks). They’ve done what they’ve done in Iraq to pave the way for a deep sectarian conflict. ISIS’s success in Iraq certainly isn’t normal. I can sincerely say that there’s no other power in the world that knows as much about ISIS as we do, and ISIS alone — without the backing of other powers — doesn’t have the capacity to take Mosul and capture areas as far as Samara. Can you believe that in just an hour and a half every government official in Mosul surrendered and gave away Mosul? Read more...